This post comes with a shout out and many thanks to the people in our lives that believed and encouraged our relationship. Society told us it wouldn’t work, but our family and friends told us different.

My life was perfect. My dreams were drawn and my future planned. No need to alter. I was a young college girl, 20 years old. Enjoying my freedom, social life, relationships; no one could stop me. I had it all figured out, and I was in total control.

After spending the past two years away at a small college in New York, it was time to head home for the summer in Michigan. Lunch dates, shopping trips, beach days; the summer was off to a great start with friends.

I decided a couple weeks into my break, to visit my old church. Arriving to what felt like an entirely new congregation, I made my way to a back pew, where I could spend the majority of the worship hour hunting for people I could reconnect with once the service had adjourned (not the right reason to be attending church). During the songs, sermon, and possibly even the prayer, my eyes scanned the crowd. I had found a couple people but not many. However, it was during this service I did set my eyes on someone I had never seen before, much like everyone else in the room, but this was different. There was something about this person I was totally attracted to.

He was near the front (very far from me). He was wearing a button-down shirt, nice beige dress pants, and black shoes. Obviously, I had been peering his direction for sometime. He had brown hair and sat quite tall from where I could see. I couldn’t stop looking at him.

After the service was over, like a magnet, I drew closer to that side of the room, nearing myself to this gentleman. Again, my life was figured out, no need for any changes. I was set, and there was nothing going to get in the way of that.

I left, and went about my day. At least I tried. My mind wouldn’t leave the connection I was feeling toward this person. This stranger.

The week passed, and I found myself on Friday afternoon eager for the weekend service. Unfortunately, it had nothing to do with getting back to the pew to enjoy the great music, or message, it was strictly to live out the feelings I had experienced the week prior.

He was there, again. Sitting in the same place. This time I had shifted to the left side of the room, inching my way up closer to where he was. The butterflies in my stomach were flying furiously. The final prayer en route, heads were bowed. My heart pounded. I knew I wanted nothing more than to make eye contact.

This all seemed so foolish, so elementary. I was almost a grown women, what was I doing…Service was over. I sat still. The room moved around me. I stared. He turned. Our eyes locked, and I gave him a nervous smile. He nodded gently with his head, a sign of acknowledgment. He passed me, making his way out the back doors.

I couldn’t let him go. I needed to figure this out. I hurried to the lobby where I found him. Dragging one of my friends over with me, I introduced myself. He was shy. But very pleasant. He had beautiful green eyes. There wasn’t much to say other than a quick introduction. It was obvious he was older than me.

We went our separate ways. I embarked on a long week of pondering, praying, and wondering what was going on in my heart. Desperate for answers I read through three devotionals, memorized Bible verses, and spent a lot of time asking God for clarity. God was up to something and suddenly my life was out of control.

Waking up that morning I knew I had to be strong. God had laid it heavy on my heart that I was to meet this man, and not just say hello. I wore a cute mauve colored skirt, tan shoes, and a white tank top. My hair was down, full of curls, and a dark brunette shade. I was ready.

Church was over, and it began to feel like a redo of the week prior. Only now knowing his name. I watched Jeff pass by me, this time he said hello.

I couldn’t waste another week away. I sat there for one last second then I took off out the back of the sanctuary. By now he was out of sight. This was a large church building with parking lots on all sides. Which way did he go? My heart pounding. At this point, I spotted him on the northwest side. He was getting into his vehicle. I ran. Towards him.

Startling him as he turned, there I was. Nervous and out of breath, a quiver in my voice, I asked if he had any lunch plans. By now, taking a quick glance down, I noticed my skirt completely twisted and making it’s way half way up my waist. I didn’t care. A short time later I found myself across the table from this handsome man, enjoying a lunch that was the first of many to come.

I knew after that meeting, I liked this guy. Not just a little, but a lot. God had placed Jeff in my path. For all the times in my life I sinned and ignored God, I was thankful to be obedient to God’s promptings.

Little did I know, two weeks after our lunch date, I would transfer colleges to be closer to him, move my life back from New York and be engaged a year later. Setting a wedding date less than two years following.

January 3, 2004 we said our vows. A day I will never forget. A day we committed to each other FOREVER. A day we kissed for the first time as husband and wife. I love you Jeffrey Dykema, and although we have an atypical relationship (is there such thing as a typical one?). By God’s grace, we’ve learned to build our marriage on love, faith, patience, and forgiveness. Our hard days make us stronger and closer. I wouldn’t change it for anything. You are perfect in my eyes, and that’s all that matters. I love you. Happy 12th Anniversary! 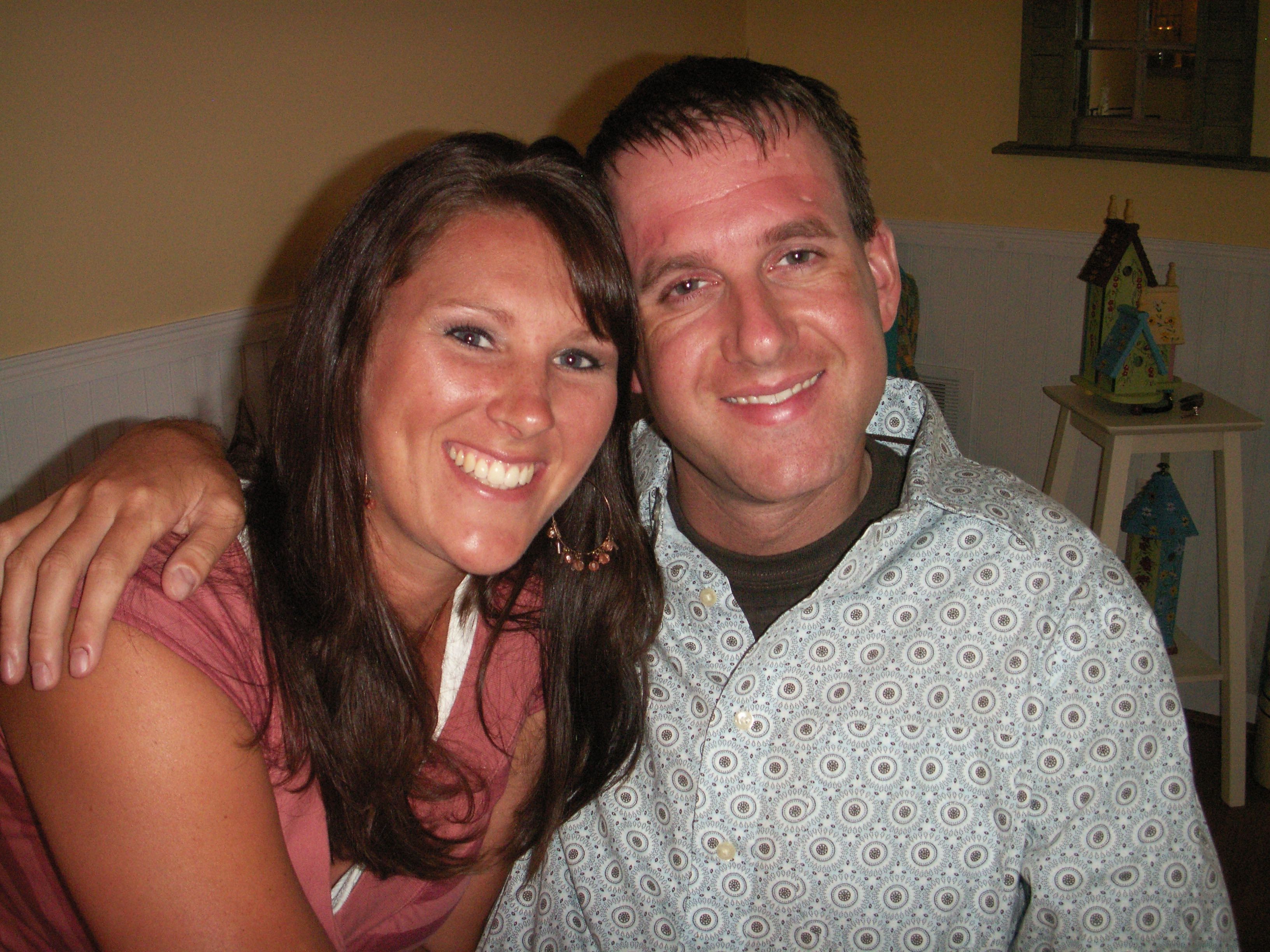