For a little boy who wears pajamas with the tagline “Captain Sleepy Head” he sure lives up to “Captain Sleep Next to Mommy’s Head” better. I guess this would take up too much room on his tiny 9-month nightshirt.

As advice poured in from well-seasoned parents previous to Arie’s arrival, the phrase: “whatever you do, don’t let him sleep with you” trumped ALL counsel. We never thought it would be an issue in our family, as our little man made his way into his crib at eight weeks old, sleeping twelve hours each night without interruption. The truth seemed too good. After a rough season of colds, flu, and upper respiratory issues, resulting in many nights next to us in our bed, this “too good to be true” routine was no longer.

With an over priced video monitor, that was just shy of being able to administer nighttime medications, as new parents we just couldn’t rest without him by our side.  At the time, we did not have fear of the future; picturing our eighteen-year old son still in bed with us, but nearly four months later, we’ve grown concerned.

It’s like our “dirty little secret”. Advice ringing heavily in our ears, not wanting to admit to the fact that even after receiving warning about this exact situation, we have somehow found ourselves deeply entrenched in this accidental turn.

As I heard Captain Sleepy Head awake from his crib in the middle of the night, calling to come into the much more comfortable, king-sized arrangement, I’m not going to lie, my heart was at ease. There’s something so fulfilling about wrapping my arms around this luscious little bundle, and pulling him towards my chest as we complete our night’s sleep. After so many years of waiting for these moments, why wouldn’t we want this? I get it; it’s a behavior, a conditioned one that only we have created. But sometimes behaviors are well worth the consequences that are tied to modification. I doubt when Arie is eighteen he will continue to reside in our bed, that would just be weird, and I bet he would think so too. But for now, there is just nothing weird about it; it’s just too natural and fulfilling. So here’s to another night “Captain Sleep Next to Mommy’s Head!” 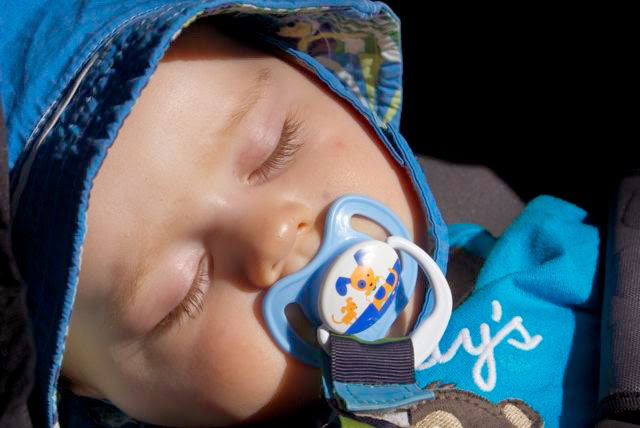